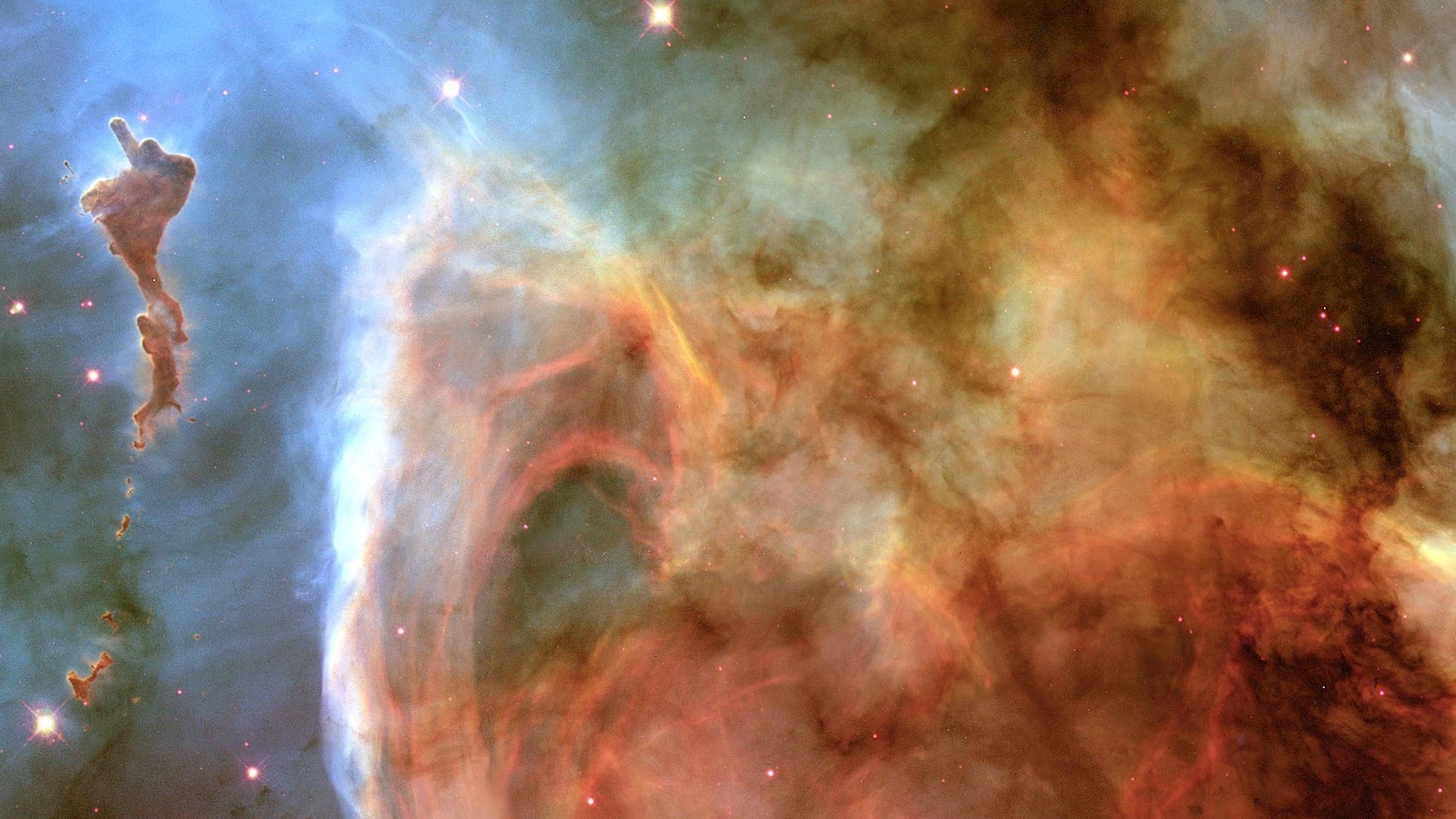 In Brief
The Facts: Continuous scientific research is bridging understanding between western and eastern knowledge as it pertains to medical science. We now know that the Primo Vascular System is analogous to the Meridians. The newly found organ Interstitium is the same as San Jiao/Triple Burner. Adenosine Triphosphate functions very similarly to how Qi is described and expected to work. Through fMRI (functional Magnetic Resonance Imaging), we can observe how these treatments cause reactions in the homunculus brain and in the Limbic System, offering new ways to communicate with the most inner and subtle of the body. There are many other examples.

Reflect on: Enough evidence has mounted, and continues to mount, that we can confidently be a lot less sceptic about the fact that Traditional Chinese Medicine is a serious and valuable alternative to consider when it comes to treating our health and improving our quality of life with very minimal dependence on outside elements — chemical or otherwise. Read news about this and other subjects @ Facebook/LuisDamasLac.

For convention, let’s consider that what we know, as mainstream, for Chinese Medicine it’s called Traditional Chinese Medicine (TCM). However, the study of the most ancient and important Classics, namely Huang Di Nei Jing Ling Shu Su Wen implies a more broad and profound knowledge and is usually referred as Classical Chine Medicine.

Most scripts and manuals about Classical Chinese Medicine (CCM) and Traditional Chinese Medicine (TCM) are from authors that had profound knowledge and understanding of that particular science. The entire system was thus developed within a civilization that has quite a different language and philosophy, developed along so many centuries they span millennia, and written in a way that is troublesome to decode by us in the west who work on a very different linguistic mindset.

However, by staying away from pharmaceutical science, and sticking close to what we know as far as the human body and biology is concerned, we can not only verify its effects by the standards of western scientific verification, but we can describe the processes and causes that produce those effects.

As stated, we have sufficient research and studies to better understanding and respect this ancient science. Sufficient, also, to be consider by the World Health Organization (WHO) in its International Classification of Diseases (ICD-11) (https://www.ncbi.nlm.nih.gov/pmc/articles/PMC3833512/) which leads to acceptance for insurance companies and public services alike. As you can read, WHO also report that 82% of the entire world population uses some form of Traditional Medicine.

So, there’s been a lot of research and studies about TCM and we are in a much more evolved situation within the last 10 years. We just need to dig in. One of the most important resources is the US National Library of Medicine (https://www.ncbi.nlm.nih.gov/pubmed) where one can find millions of papers and research reports. By research such reports, for instance, we know now of few concepts and facts that change the Western understanding of this Oriental Science. This text is not a Peer-Reviewed Paper, nor is it the place to get completely technical. But we need to consider these few keywords: PVS (Primo Vascular System); Homunculus Brain and Somatotopic Arrangement; Limbic System; ATP (Adenosine Triphosphate) and CAC (Citric Acid Cycle); H2S (Hydrogen Sulfide); NO (Oxide Nitric). Al these are but small and compartmented ways to understand CCM.

We know now that PVS is a very specialized vessel in which the blood flow has different characteristics: there are a much greater concentration of stem cells there, and it is capable of transmitting electromagnetic impulses, among others. Interestingly, the PVS pathway completely overlaps the Meridian Model as has been represented in most ancient manuals.

Our entire body has a dense nerve network transporting information from and to the brain. We find terminals of all these nerves everywhere in the body. They are reflected in the frontal lobe of the brain, called Homunculus Brain. Within it, there is a Somatotopic Arrangement. What this means is that anything that is collected from a nerve terminal is reflected on the Homunculus Brain. Thus, we have a way to communicate directly to the Nerve System Central. And there is a map to do that.

As demonstrated by fMRI (Functional Magnetic Resonance Imaging), when a needle is deeply inserted, it does not only communicate with the Homunculus Brain, it does directly affect the Limbic System, offering ways to regulate and address how organs and cells are functioning. That means everything in the body, plus emotions, is within reach, since the Limbic System holds, among others, the Amygdala.

Qi or Chi has always been a word of controversy. In essence it means “moving and never-ending transformation”. The Chinese word is a two ideograms compound “rice” and “steam”. As stated by Elisabeth Rochat de la Valée, it represents the soil, the burning wood, a ceramic pot with water and rice, cooking, and that steam that comes. The all image, the transformation, is Chi. From Antoine Lavoisier “nothing is lost, nothing is created, everything is transformed”. So, Chi as many expressions and can be applied in different occasions regarding different situations. We can even, without offending its mean, apply it in partial views.

ATP (Adenosine Triphosphate) is one of them. Biologists called it “energy currency of life”. The body transforms food in chemical energy and stores it within the cells to be used as needed. In any given 24 hours our body produces ATP in an amount equivalent to our body weight. But if needed, in very intensive work, like IHHT or CrosFit Class, it produces 1kg of ATP per minute!

Citric Acid Cycle (or Kerbs Cycle) is the process of transformation (again… Chi) of different source of raw material (carbohydrates, fats, proteins) into ATP for later use.

“Hydrogen sulfide (H2S) is synthesized in nearly all organ systems including the kidney. There is burgeoning evidence that H2S generation by kidney cells is reduced in acute and chronic disease states and that H2S donors ameliorate injury…”, an extract from a research pointing to the importance and relation between H2S and metabolic processes. H2S is what we call, in Classical Chinese Medicine, Kidney Qi.

Nitric oxide (NO) is one of the most important molecules produced in the human body.  It regulates many important cell functions including regulation of healthy blood flow and healthy blood pressure levels, communication between cells in the brain as well as how our body defends itself against pathogens. Since its discovery and being awarded a Nobel Prize, we now know that there are two primary pathways for the production of nitric oxide.  Each contributes about 50% of the total body nitric oxide production.  When one fails the other can compensate.  When both fail, bad things may happen and people begin to get sick from dysfunctional cells and organ systems.

NO is a neuro-transmitter gas molecule playing major role in disease signaling and response. The nerve cells are one of the places where the body produce this molecule. A proper and balanced nervous system is paramount to proper production and prime immune system.

Through an imbalanced life (and we all have enough of that in our lives…) we, somehow, affect negatively the harmony that should rule our inner functions. We create imbalances within ATP, H2S, NO. We affect the role of the PVS as a pathway. Hence, we are more prone to disease, to suffering.

Imagine, now, that we have a system to communicate with the Central Nervous System, using specific pathways that are able to transmit electromagnetic waves to regulate functions and balancing processes. Able to teach the body to better manage its ATP as energy resource, to produce more NO and control the inflammation process, to store better and distribute H2S for better metabolism. And, through all that, we are able to concentrate nutrients and stem cells to affected areas of the body. Concurrently, release stress from such system and increasing communication quality, response and adaptation.

That is the reality of what we are capable of.
And it only requires you to adhere. Nothing else.

Welcome to the future of personal health.