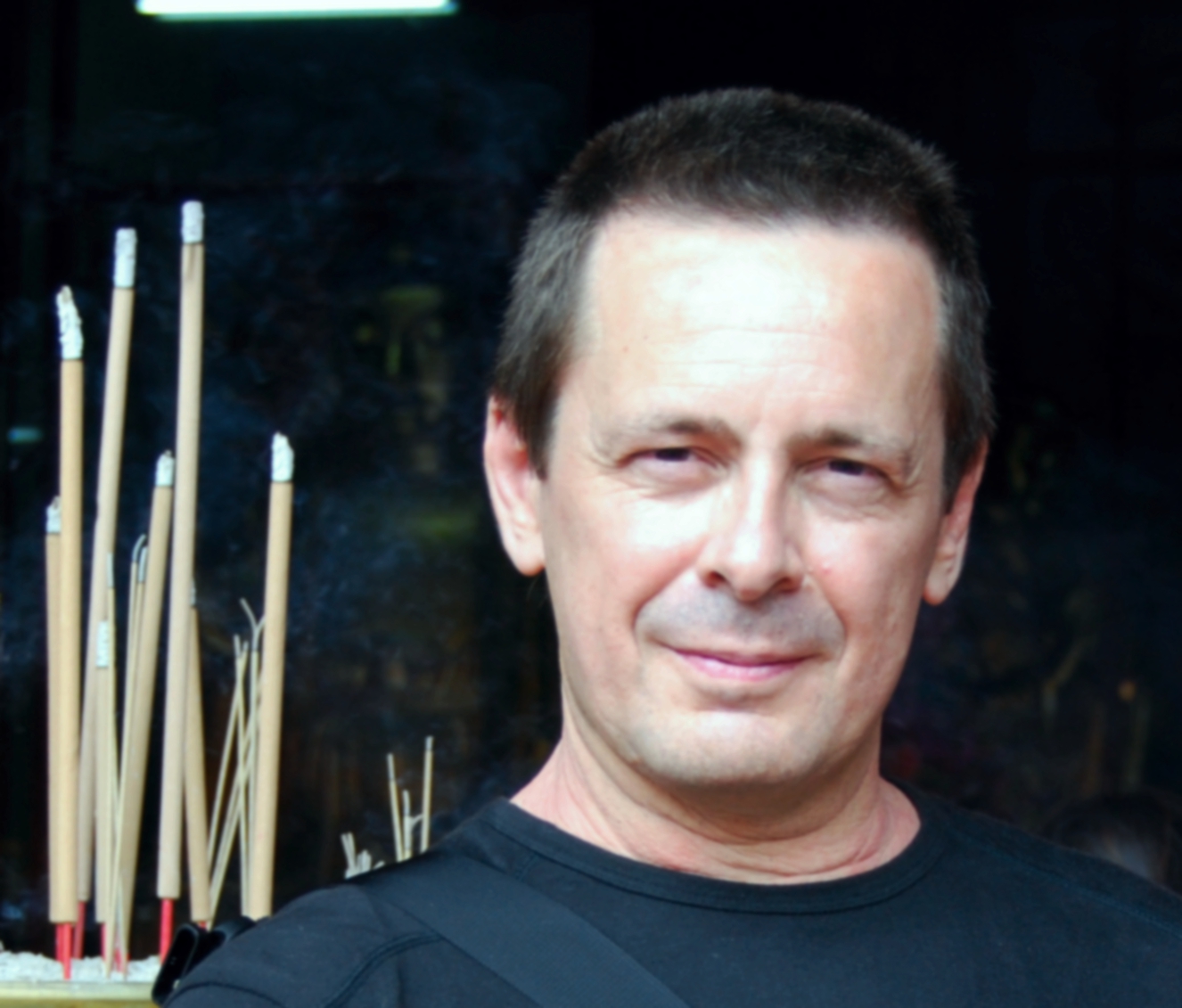 I started studying kung fu at the age of 15, in Nacala, Mozambique. The year was 1975 and I had two friends training alongside me.
It was only 3 years later that I realised how my Master, Mr. Ping, was actually a student of the internal arts from the Jing Wu School Athletic Association in Xangai who had fled China because of the Cultural Revolution. This school was created by Hou Yuan Chia and its traditional syllabus is very secretive, even while the Kung Fu School itself is extremely famous and important.

First, Mr. Ping taught us judo so know how to fall, and then Kyokushin kai, a very hard and difficult Japanese style of karate, so that we could understand all about the nature of an external style. Finally, we started the Jing Wu school arts. First, Tam Tui, which is an art of core balance. It was developed in the Muslim area of China. Tam Tui, or 12 spring steps, would be practiced by any student at least 6 months before they could be accepted to regular classes. Then we learnt Tang Lang Quan (7 Star praying mantis), Chang Quan (Long Fist), Wing Chun and finally Wu Tai Chi Chuan.
For more than 7 years we were training 4-6 hours a day, mastering those arts, and we became proficient enough to do free sparring.

I went to Portugal, and in 1992 I joined the Shaolin Wahnam Institute. Thanks to the teachings of Grandmaster Wong Kiew Kit, I learnt Cosmos Chi Kung and Shaolin Wahnam Kung Fu. I attended many seminars, a lot of them advanced, both in Portugal and Penang (Malaysia), Madrid and Frankfurt. Eventually, I became an instructor in Portugal for the school.
I learnt techniques on different kinds of arts inspired by Buddhism and Taoism, but mainly and with the guidance of Grandmaster Wong, I deepened the understanding of the Internal Arts.
This is very important because as we deepen our knowledge and understanding of internal arts, they become simpler to put into practice and draw all manner of great benefits. During this process, one realizes that we need to have the most and greater respect for the works in the Internal Arts that the Masters have researched and mastered across countless generations of development.

Since the very beginning in Nacala, Mozambique, it was clear how there was a total and complete symbiotic relationship between internal arts of most traditional kung fu styles and Traditional Chinese Medicine.
Through arduous studies and practice of kung fu and chi kung, another thing becomes clear. At a high level, they are embedded with oriental philosophy and, of course, oriental medicine.

The logical step would be to have a course in Acupuncture and Classical Chinese Medicine, which is more profound than Traditional Chinese Medicine. I decided to wait for the perfect course to attend, based on Five Elements, and ended up waiting two years. I took that course at Estrela Mestra, which is in Portugal the same as École Europeene d’Acupuncture, under the teachings of Elizabeth Rochat de la Valeé, Claude Larre, Daniel Laurent, Riccardo Salvatore and grandmaster Wong Kiew Kit. Classical Chinese Medicine (CCM) involves the study of Classics to deepen the understanding of rules and effects. These Classics, like Huang Di Nei Jing (Ling Shu & Su Wen), are embedded with a profound philosophy and are where we become familiar with Five Stages (wrongly named 5 elements), the Eight Marvelous Vessel, etc.
As a side note, it also at this point one becomes aware how deeply Quantum Mechanics is involved with this wonderful science and philosophy.
After that, I had several post graduate courses in which i studied Tung system (which involves holographic image of the body, mapping and layers of it), Dr. Richard Tan Balance Method (a mixture of Tung and I Ching) and Dr. Chao Chen I-Ching.

I have been working for 12 years and most notably are the last 6 years in which i developed work and research in Mozambique, White River and Pretoria, performing more than 18.000 treatments.

Outside the realm of internal arts and oriental medicine & philosophy, it’s worth to mention that I have a Computer Science and Programming Degree and had work experience in construction, and as head wine steward and proximity services in a cruise ship in the Caribbean’s (USS America), as well as a manager to a hospital meal service with +1.400 meals / day (Gertal-Evora hospital), plus tech work at a merge and acquisitions company (Claus Wolfram, lda), and then made and maintained a corporate training plans management and database-based software for skills management (owner/developer, Factor X, lda), computer systems assembly and configuration (owner, X Force, lda). I was a trainer/teacher (CEGOC), am a 3 invention patents owner, and a lover of many hobbies, favorite of which would be sky diving.